ASE No Turning Back [PPV]

ASE No Turning Back [PPV]

"Naughty" or "Nice" Asylum Rules Match
[There will be six briefcases setup around the ringside area, each contains something "naughty" or "nice". Each competitor can either use their briefcase right away or keep it so you can trade it in at a later date. The prizes can be a UltraViolence Title Match, a 5150 Title Match, a Brothers (Sisters) in Arms Title Match, becomes the commissioner for a night, an immediate "Pink Slip" for your opponent, or an immediate "Pink Slip" for yourself. Charlie Feigel will serve as the Special Guest Enforcer.]
Sebastian Kane vs. Rich Anderson 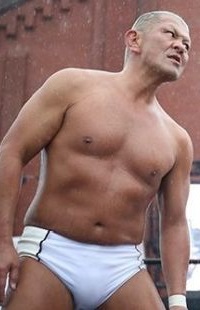 I was looking forward to this event but I can't find anything at your page on this matter. Was it canceled or is it still to come?

It was sort of rescheduled, I forgot to post the new card on here. We're also recruiting heavily so, if interested please check us out.